Sexual harassment in the workplace

Sexual harassment in the workplace 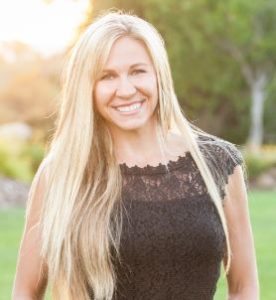 Through my job at Triad Employee Assistance Program, I give workplace trainings on sexual harassment prevention. The presentation goes over the Equal Opportunity Employment definition of harassment specifically when it comes to sexual harassment in the workplace. But the training also delves into creating a culture where there is no tolerance for even a single incidence of harassment. It also works to empower victims and bystanders to speak up to harassers.

The #metoo movement has done an amazing job of creating awareness about the topic. However, as I’ve done these trainings, I’ve noticed some alarming trends and attitudes regarding the #metoo movement and sexual harassment in the workplace that I want to share:

– Some people truly think their “fun” has been taken away. I’ve had comments made that things have become so politically correct that they can’t crack jokes or nothing can be said that won’t offend someone. A single comment isn’t considered a “reportable” event. If someone finds what is said offensive, you should apologize for being offensive in the workplace, but a hostile work environment is typically a series of offensive The takeaway: No joke is EVER worth taking away someone’s dignity. EVER!

– In my training, I use a scenario about a woman who wears mid-thigh skirts to work. I had no idea what a hot topic this would be. In every single training, I’ve had some version of this comment: “She’s asking for it.” The meaning behind the comments is that because the fake woman in the scenario prefers to wear mid-thigh skirts to work, she’s clearly looking for comments and somehow deserves to be sexually harassed due to her choice of clothing. This is like saying a rape victim deserves to be raped because of how she is dressed. The takeaway: No one is looking to get sexually harassed at work by dressing a certain way. EVER!

– In preparing for the training, I spoke to a lot of people about sexual harassment of both men and women. Because so few cases are actually reported, it’s hard to know how many people are actually sexually harassed in the workforce, but EEOC estimates that 1 in 4 women and 1 in 10 men are sexually harassed at work each year. The men I spoke with don’t report due to several reasons, they:

The takeaway: Men have as many rights to be protected in the workplace as women do and should also never be harassed. EVER!

Together, we can help prevent sexual harassment from happening in the workplace.