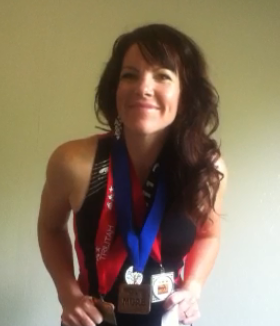 “She needed to get out of there. Her brains, thankfully, were still safely in her skull, but her emotions were splattered on the pavement.”
― Francine Pascal

I’m starting to really like the Riverfront Trail. I didn’t think this would ever be the case because of my experience with the Provo River trail in my hometown in Utah.

That trail was draped with trees and climbing foliage. The river, much smaller than the Colorado, was cold, swift and fast. The mountains,Timpanogos and Cascade, rose thousands of feet above you as you climbed up the canyon. Seven waterfalls swept from the north face; in the summer, families played in the  pool at the bottom of Bridal Veil, and in the winter you spotted climbers making their spidery way up the ice.

I’d ridden and ran that trail at all times of the year and all times of day and night, from Deer Creek to Utah Lake. It was part of my transition from woman of leisure to woman of sport.

So when we moved here to Grand Junction, the Riverfront Trail felt stark naked to the sky. The sections that I could see from the road were bleak, empty. Nothing like the pulsing artery of the Provo. But as I started to get out more, riding with friends on sunny Sundays, and then in the snow with Dave on fat bikes, and the rain/slush mix, it started to grow on me. I started to see the life on it, the changing life of it, and how it was far more than a trail for recreation – in this town, the Riverfront Trail is a vital artery of the transportation system.

With my gas budget whittled down to… well… very little, I’ve started making the Riverfront trail mine. My route to downtown, to the kids’ school and now to the errands I have to run. And I’m starting to love it. I love riding my bike to begin with, but being able to go to the pharmacy and grocery store, minimizing traffic by selecting instead to watch the Colorado River, the flora and fauna, the other trail users… it’s actually quite pleasant.

I highly recommend it. 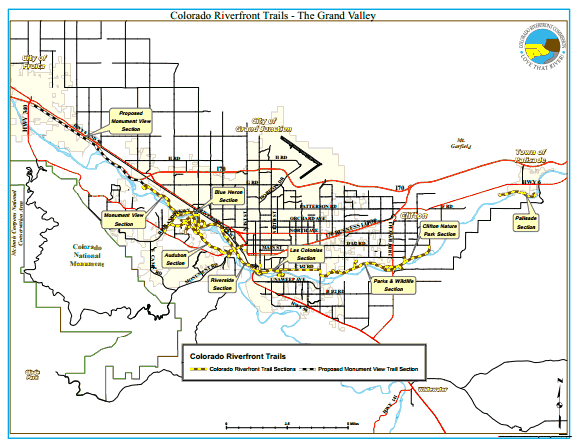