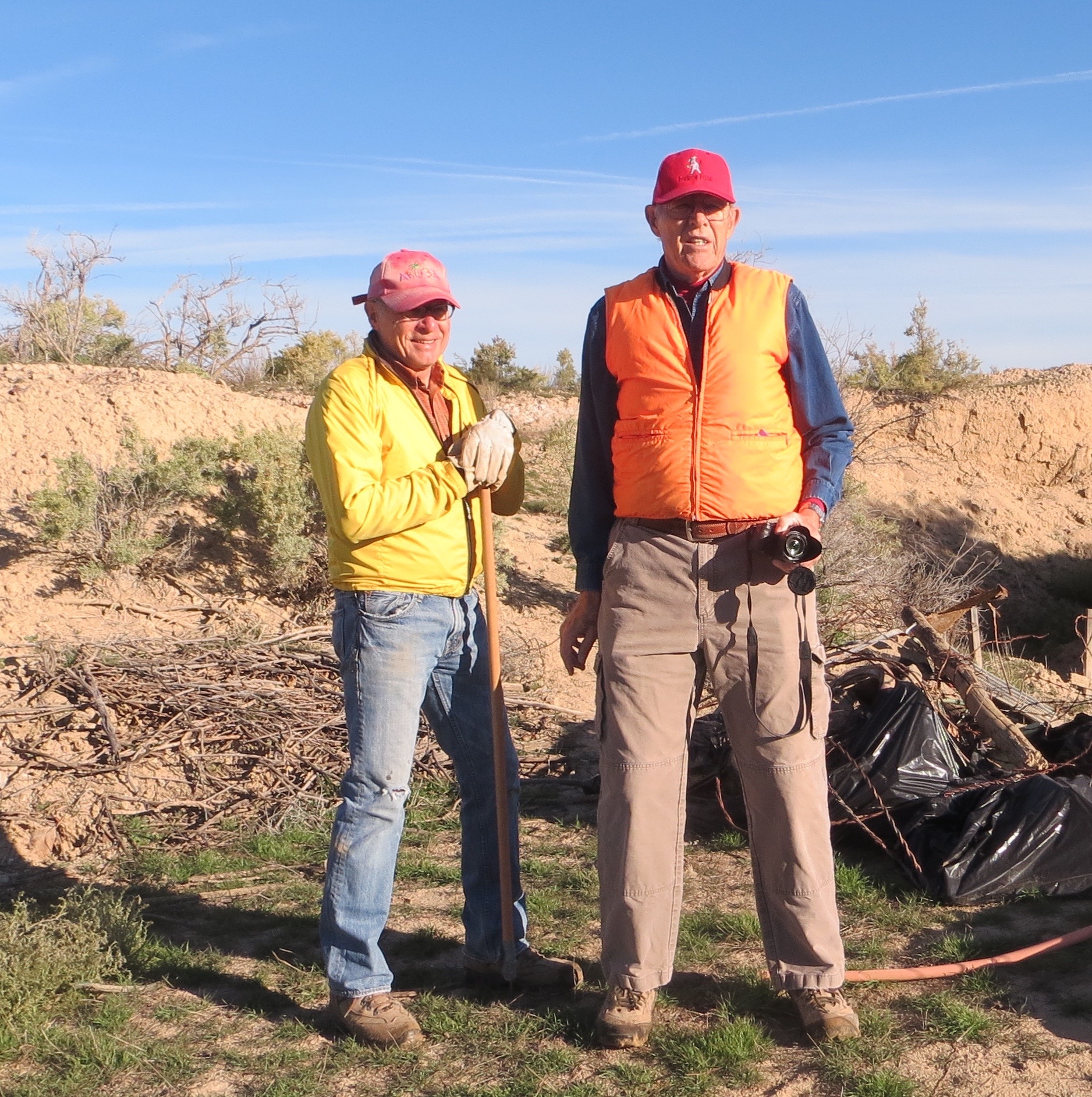 I was very sad to hear that Ed Ruland died on September 14.  I didn’t know him extremely well or for very long, but he made a lasting impression on me.

I met Ed, well known both locally and statewide for his distinguished legal career, in 2012 when I worked as the volunteer coordinator at the local Bureau of Land Management (BLM) office.  A member of the Western Slope ATV Association, Ed came into the BLM office to ask about being a volunteer for the BLM.  At 76 years old, he had lots of energy.  Ed, who was dismayed by the amount of garbage being dumped on public lands, had been picking up trash in the desert north of Grand Junction.  I made him an “official” volunteer by setting him up with a volunteer agreement.

I had no idea until several months later that he was a retired Colorado Court of Appeals judge and well known in the legal profession for his work mentoring young attorneys.  You might expect someone who’d made such an impact on the legal profession to have at least a touch of arrogance.  Not Ed. He was a humble, kind, ordinary-seeming man with a twinkle in his eye and an excellent sense of humor.

His meticulous handwritten reports detailed both hours worked and bags of garbage picked up.  He’d always call to see when he could come by the BLM and drop off trash. I remember him slowly and carefully backing his trailer into the fenced in area where the BLM keeps its trash dumpster.

I worried about him working alone out in the desert in the heat.  He reassured me that he would do his volunteer work in the morning before it got too hot.  He took care not to work during the hottest days of the summer.

The following year, when retired psychiatrist Lowell Stratton came into the office looking for some volunteer work that would keep him active outdoors, I put him touch with Ed.  My hopes that they would join forces were realized.  They became a great team and good friends.

One day, when Earl and Lowell were out picking up trash in the desert, they found an abandoned child’s car seat.  They had just cleaned that area the previous day, so they knew it was very recently discarded.  When they went over to the car seat, they found some paperwork typically kept in a glove compartment.  The paperwork had the owner’s name, so Ed called the owner and asked him if he was missing a car seat.  The owner told him he was missing his entire truck.

In the meantime, a young man on a dirt bike came by and stopped to see what the two men were up to.  Ed had the idea that the thief might still be riding around in the desert with the stolen truck so the young man volunteered to drive his bike around the area to see if he could find any sign of it.  He found the abandoned truck crashed into a ditch.

That was only one of the many adventures that Ed and Lowell had in the desert.  One time they wanted to remove a rusty, old, abandoned Chrysler from an arroyo.  The BLM told them that the old car, because it was more than 50 years old, was considered an antiquity.  Federal law prohibited its removal.  The men opted to follow the law, but when Ed observed a rusty set of bed springs nearby, he quipped, “Those bed springs might be historical.  We don’t know who might have slept there.” (From the Daily Sentinel, 11/20/13.)

The last time I saw Ed was in October of 2013. Ed, Lowell, and their wives were kind enough to take me to lunch shortly after I left my job at the BLM.