How the Wrong Playgroup Saved my Sanity

How the Wrong Playgroup Saved my Sanity 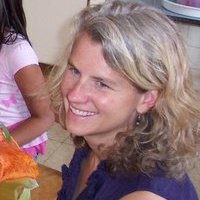 When I had a baby, I suddenly realized that my old friends weren’t going to cut it anymore. No disrespect, old friends, but it was a matter of schedules.

None of my friends had young children, which meant there was no way for them to justify being a stay-at-home “mom,” like I had decided to be. Of the friends who were already parents, their kids were allmuch older – again, no getting out of work for them. And of course, taking time off from employment may be neither appealing nor an option for lots of parents.

I had chosen and was lucky enough to be able to commit those early years to full-time parenting duties. And I loved it. But after a few months, when I had gotten into something that was beginning to look vaguely like a rhythm and I could count on a little more sleep to keep me going during the day, I realized that it might be a good idea to expand my day-to-day contacts beyond our little family of three and the grocery store clerk.

Actually, to be honest, I was going a little crazy. I did not miss work and I loved being able to focus so completely on my baby, but I needed to connect with another adult or two. Badly. I was breastfeeding, so La Leche League held promise. It was nice, but nursing was going along fine and I felt supported in that decision. I was looking for something a little more casual – I just wanted to hang out with some cool mamas.

I did meet a woman there who recommended a weekly playgroup she had been going to and I thought it might be just what I needed. I started going, and that was nice, too. It quickly became apparent, though, that as pleasant as everyone was, this was not going to be home for me, either. I enjoyed them, it was a way to get out of the house, but it didn’t “click.”

Lucky for me, though, I didn’t quit going and it ended up changing my life. I am not exaggerating. At one of the playgroups that fall I met a supercool mom who had just moved to town with her husband and two boys – one a little older and one a little younger than my daughter. The playgroup held no click for her, either, but we hit it off instantly. And the rest, of course, is history…

That was about ten years ago, and my dear friend and I don’t see each other as much as we used to. We now have, just like in the start of this story, different schedules, as well as busy kids, other friendships, and things that pull us in a million directions. But we’re still friends, and that initial connection was the catalyst for many of the best friendships I have today.

We knew what we were looking for in a group of friends, and it didn’t take long for us to connect with other like-minded women and their families. She’s about as outgoing as they come, easily connecting people into a growing circle, and within a few months we had our own playgroup that was just right.

Even now, when I’m with a friend and someone asks, “How did you meet?” the answer is often the same: “Playgroup.”

New parenthood is so many things – exhilarating, exhausting, fascinating, frustrating. But it’s so much better, so much more satisfying, when you have a close group of friends to share it with.

I have a fairly small extended family, and all of them were far away when my daughter was born. Even if they had been close by, though, they couldn’t have filled the same spot in my new mama world – there is just something different, something essential, about close female friendships, especially with people who are going through a similar life-changing exploration of the totally new territory of parenthood.

I don’t have a definitive list of places where you might find your community. Hopefully you’ve already found it. If not, introduce yourself to other parents at the park. Go to story time at the library or the bookstore. Try a moms’ group, even if it isn’t exactly what you have in mind. What I do know is that it might take a few tries, it might evolve with time, but it’s absolutely worth the effort. It will make the years of early childhood a little easier, definitely a lot more fun, and it just might change your life.